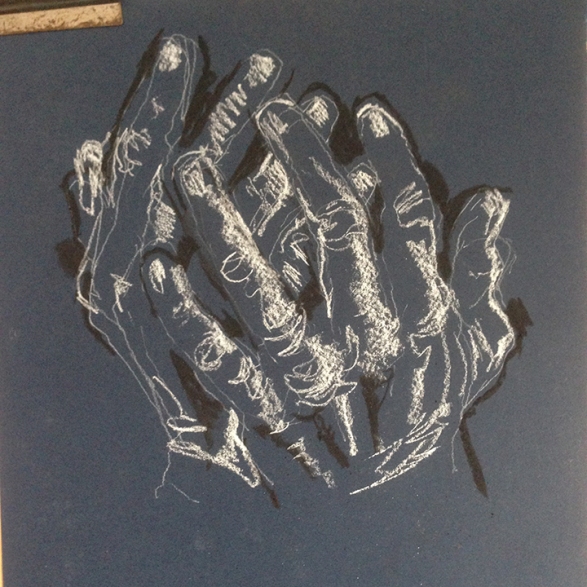 A few weeks ago, a friend asked me to have a go at drawing an image that he was having trouble with. This is how I started, working from the photo that he supplied, below: 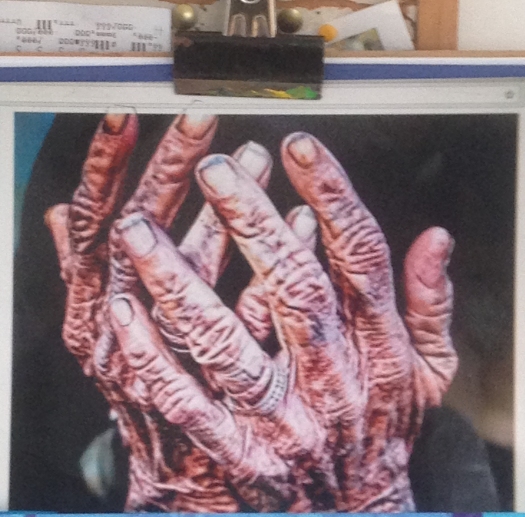 My photo of this photo is a bit blurry, but the image was quite graphic, almost a drawing already. I decided to emphasise the form and the light/dark contrasts by sticking to black and white media – conte crayon, white pastel and charcoal pencils. 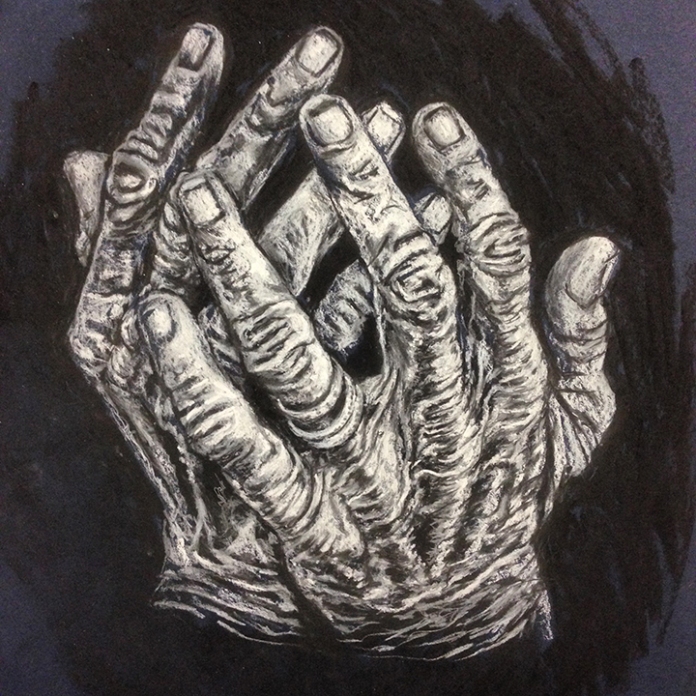 These three drawings show three stages in the process.  I could have stopped at any stage: I was simply seeing how far I could go with the drawing. The final drawing looks like a caricature to me. Another friend likened it to German expressionist drawings, and I had in mind the powerful images of Kathe Kollwitz – but I’m not happy with my result. I’ve just copied a photo, and this is not MY concept.

For week 2 of my 30 days of drawing I decided to play – because the theme is ‘play’ – with form. I asked Adrian, our life and portrait model, to pose with his hands near his face. But I also drew his hand resting on his knee.

His hand reminded me of natural forms, such as tree bark. So I thought I’d go out on a limb, as it were.

I combined the art of frottage with drawing. The rubbing was made using baking paper. I drew the hand on baking paper as well, then cut it out and pasted it over the rubbing – as the paper is translucent, the frottage shows through the hand. I’m much happier with this drawing, as the idea was entirely my own.

This site uses Akismet to reduce spam. Learn how your comment data is processed.